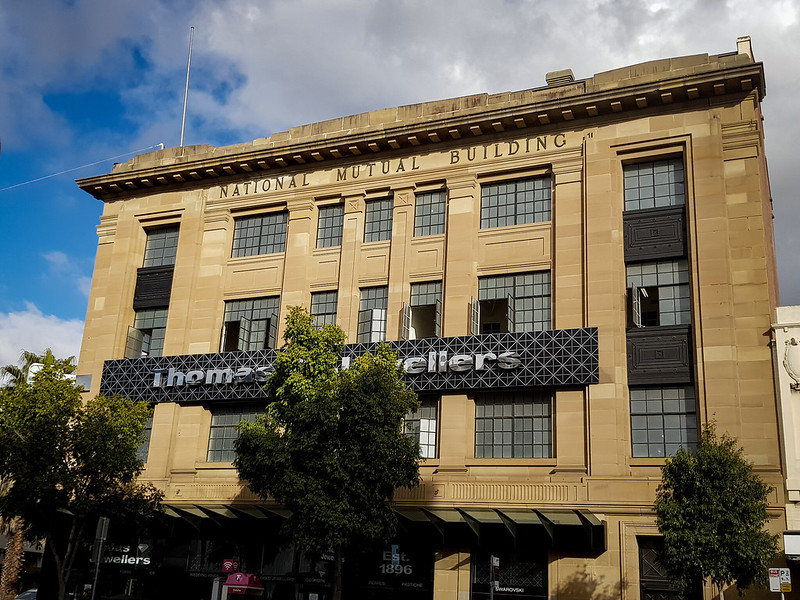 For nearly 40 nears the main tenant was Thomas Jewellers. In March, 2017, it was announced that the building had hit the market.

You can read about the history of the building at Victorian Heritage Database.

Originally built in 1923 as the regional National Mutual head office. Today the only remaining Pyrmont stone building in Geelong is being revived as a boutiqe retail and office building with rooftop bar / restaurant. The original form of the building will remain and plans are being developed for a 2-storey rooftop extension that will create 360º city and bay views from the bar / restaurant. The rooftop space will have a separate entrance off the vibrant laneways precinct behind the building. The office spaces on the 2nd, 3rd & 4th floors are being developed with many of the original features restored and modern amenities added.

We got photos of the upgrades to the main building in December 2019.