The Our Satellite Hearts store was originally located in the former Mechanics Institude building on Ryrie Street. I posted photos of it at this location in July, 2017. A week later, we got a photo of work being done at the new James Street location. 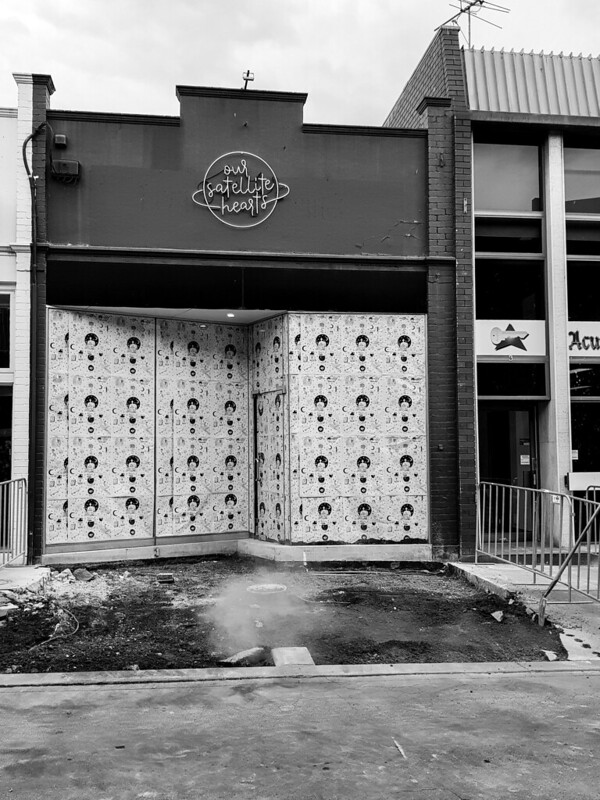 Check out their window displays