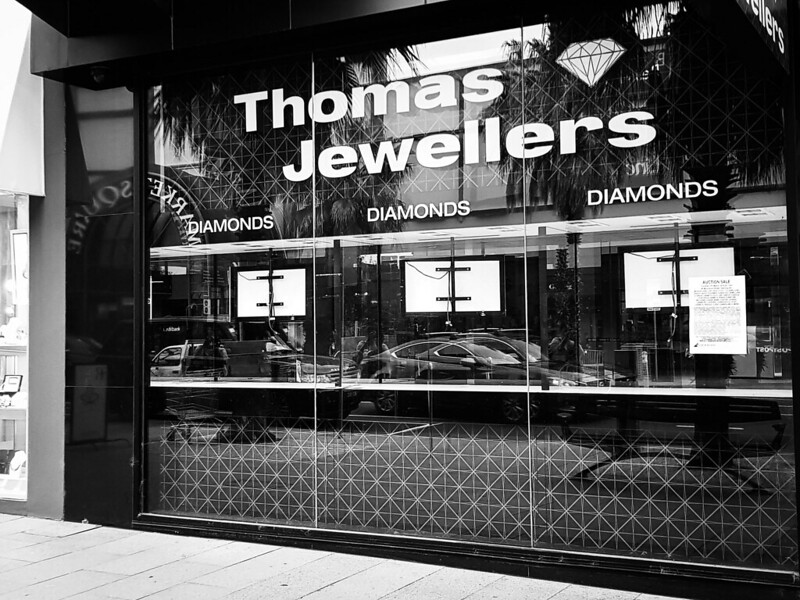 It announced that it was closing down in October, 2017. The Geelong Advertiser covered this at Thomas Jewellers to shut Geelong store in Moorabool Street after four decades of operations.

We got photos in 2018 after it had closed down. We had previously gotten photos of a window display in July 2017.

The store had undergone a refurbishment in 2012.